In Their Voices Issue 2 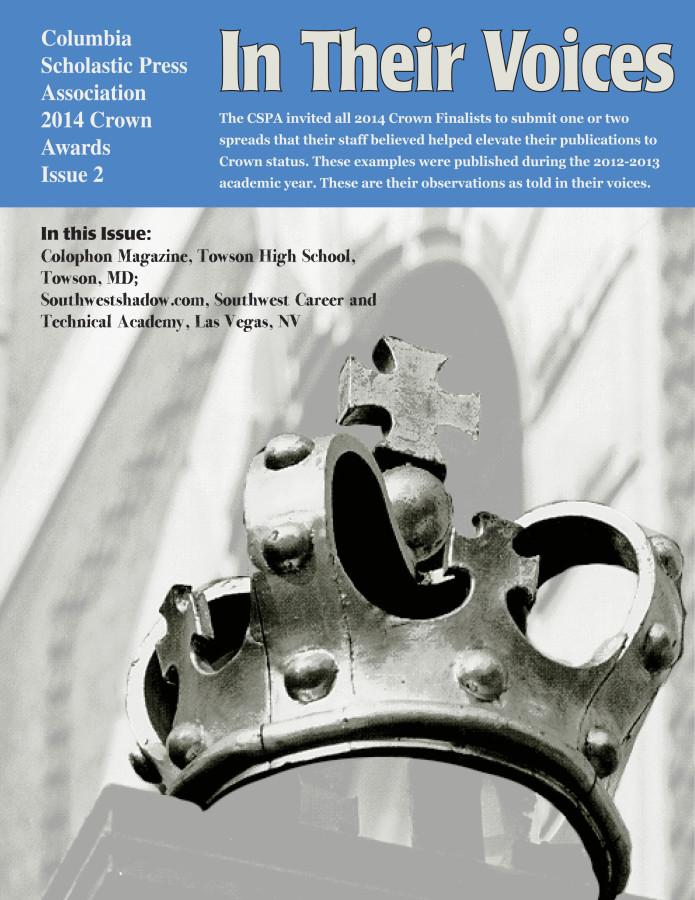 The CSPA invited all 2014 Crown Finalists to submit one or two spreads that their staff believed helped elevate their publications to Crown status. These examples were published during the 2012-2013 academic year. These are their observations as told in their voices.

Schools featured in this issue: